Please meet Hunter Allen. He is widely known as one of the top experts in the world in coaching endurance athletes using power meters in combination with powerful analytical software. Hunter and I met almost six years ago. He hosted a cycling camp in Solvang, California. During those seven days out on the road, he taught me a lot about using analytics to improve my cycling performance. And I was lucky to catch Hunter over the phone the other day.

Christoph: You started your career in professional cycling. Professional cycling, like other sports, has a lot of old-fashioned traditions. What led you to take a fresh look at the traditional training methods?
Hunter: Actually one of my coaching clients asked me to train them with a power meter and I figured what the heck, I can do that! He was a VERY early adopter of the technology and that forced me to really learn it and figure out how to understand what it meant from a coaching, sports science and racing perspective.

Christoph: You advocate the use of high-tech training devices like power meters for cycling, GPS and accelerometers for running. These devices record a lot of data about each workout: heart-rate, power output, pace and cadence to just name a few. Why record so much data? Shouldn’t an experienced athlete know how to listen and react to his/ her body?
Hunter: We have to listen to our body, but sometimes our bodies don’t tell the truth or can’t give us enough information to help us make the right decision. For example, this past summer, I was training for the Masters Nationals races and I was in the last two weeks of the hardest part of the training. Normally my Heart Rate would be in the 170-174 range when I am riding at threshold power (equivalent to your highest avg. power you can maintain for an hour), but my cardiovascular system was quite fatigued and I could barely get my heart rate to come over 158bpm. However, my watts were higher than ever and I was doing more work than I had in a long time. Had I been going on heart rate, I would have rested and denied myself optimal training. The more data the better, because it allows us to organize it into useful information from which we can make correct training decisions.

Christoph: Back in 2002 you started developing a popular and sophisticated software package called WKO+ (Workout Plus). It allows athletes to upload the data from their power meters and running watches. What happens with the data in the software?
Hunter: Our Software is no more than a fairly sophisticated program that can take multiple ‘channels’ of data, organize it into charts and graphs which are presented in an easy to understand fashion. One of the keys to this is the ability to chart the data over any time period you want to chart it. So, I can tell if an athlete has improved in their sprint power over the last year, last six months, last month or even week to week. Data is useless until you can intelligently turn it into information and we’ve done that through a visual software package that allows the user incredible flexibility.

Christoph: Can you give us an example of what athletes can learn from the huge amount of data? Can even highly experienced athletes that really know their body well use these insights to their advantage?
Hunter: One of the greatest things that an athlete can learn is their own personal relationship between a ‘training dose’ and their bodies ‘response’ to that training load. Once they know that two weeks of training in the mountains and one week of rest will give them the fitness needed for a race, then they can begin to plan and predict a peak performance. This is the biggest revolution that we have been able to create: Peak performance prediction. If I have enough data from an athlete, I can plan their training nearly perfectly so that on the exact day or week that they want to have the best ride of their life, they will. That’s “powerful”! 😉

Christoph: Athletes often have to make critical decisions about their training schedules, their race tactics and their general behavior out on the road? Does the information provided by your software help athletes make better decisions? If yes, can you provide an example?
Hunter: For sure, this is something that can help them make decisions. Some of the best data is their race data. We can learn if they are pedaling too much for example! It seems counterintuitive, but the best, most winningest road racers often pedal the least in races. Cycling is a sport of energy conservation and the best racers save the most energy and then use it when they need it. Another example could be in a long solo ride, as a rider might use their power meter for pacing their energy output so that they can finish strong.

Christoph: Athletes often work as a team. The team includes coaches and other athletes. Does your software make a contribution towards better communication and collaboration between these different parties?
Hunter: One of the benefits of using these devices is the added sense of accountability that an athlete has, since they have been given a workout prescription and if they don’t do it, then when they upload their completed training file to me, then I’ll know exactly what they didn’t do. So, it helps the athlete with program adherence and the coach with communication. Without this information, I can only guess if the athlete is training correctly.

Christoph: We see more and more athletes train and race according to your methods. Would you say that training and racing with a power meter can lead to a competitive advantage?
Hunter: It’s a competitive advantage if you learn how to use it properly. Just sticking one of these on your bike isn’t going to make you a faster cyclist. You have to know some of the basic power training principles and then follow them. If you do that, then yes, absolutely it’s an advantage.

Christoph: The world of sports is often characterized by a culture of old traditions. Do you find it hard to promote these new training approaches?
Hunter: I don’t find it hard, because I am by nature a very flexible and open minded person. I am always open to new ideas, thoughts and approaches, but not everyone is. Any change takes time and here we are nine years after our first software version came out and still I am teaching new coaches, new athletes about it. I look forward to learning about the next tech tool that will help my athletes as well!

Thanks for your time, Hunter! 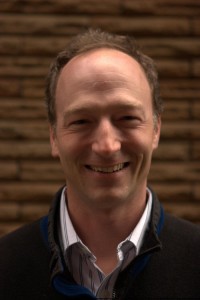 Hunter Allen’s goal has always been to teach athletes how to maximize their training and racing potential through professional analysis of their power data. Hunter’s power training method has built success at all levels of cycling and endurance sports, training such well known professional & Olympic athletes such as Jeremiah Bishop (Volkswagen-Trek), 2008 US National Champion Mountain Biker, Daniel Lloyd (CerveloTest Team), 2008 Vuelta de Extremadura, Sue Haywood, 2007 World Mountain Bike 24 Champion, Dan Fleeman (CerveloTest Team), 2008 Winner of Tour of Pyrnees and with the 2008 USA Olympic BMX Team. Hunter is himself a former professional cyclist for Team Navigators and has raced for over 17 years in Europe, South America, U.S. and Canada and has over 40 career victories to his credit. Considered a great all-rounder, he was able to learn a wide variety of race tactics and skill necessary to succeed at the professional level.