“Make sure the teams get to know each other! It’s a lot easier to collaborate once you have had a drink together.” That was the ubiquitous advice from my former boss. We were discussing some communication problems related to a large international project. Some team members on a global project were running into some issues. Most people had never met each other. Communication suffered and it was starting to show in the results. Not a big surprise: Effective communication is vital for success and it is therefore always listed as a critical success factor. Interacting and working with people we do not know is especially difficult.

Many projects bring people from different places or organizations together. And it is a challenge for project managers and sponsors to build teams around people that have just met. To start this process many people either resort to elaborate introduction rounds or sometimes even games. (I remember once putting my right hand on the shoulder of a colleague while looking him in his eyes for three straight minutes….it was an interesting experience and that’s about it) But a lot of these efforts fall short in expectations: we do not get to know the other person and we are utterly bored.

A SIMPLY SIMPLE BUT AWESOME IDEA 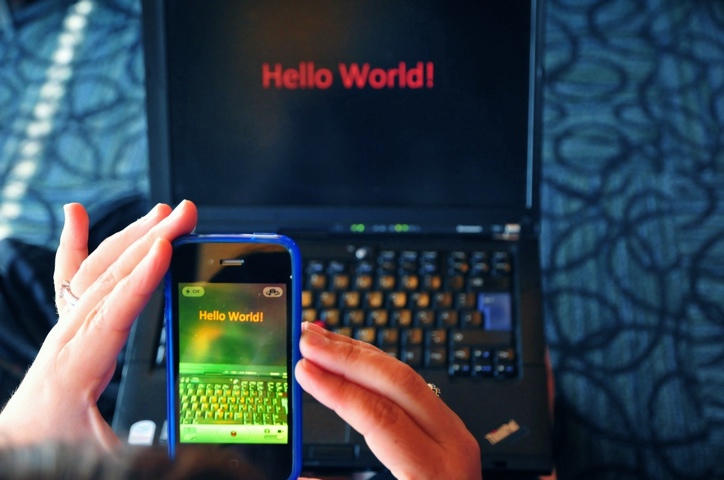 The other day, I attended one of those infamous project kick offs at the global headquarters of a successful German company. We were about 15 people from different parts of the world. To be honest, I was dreading the common introduction round (“Hello my name is Tom and I work out of the ABC office.”). But to my surprise, the project manager dimmed the lights and launched a series of short videos. Believe it or not, each and every one of the attendees had recorded a simple video about themselves, their offices and their colleagues. Within a few minutes we were taken on an interesting and fun journey through their Hong Kong, Sydney, Munich and Beijing offices. We got to learn about their teams, we saw their offices, we learned a few things about their lives. Most importantly, all of the videos revealed something about the personalities behind the people. And it worked: the atmosphere in the room was great and energized. And the videos stuck: Just this morning, I found myself thinking about some of them. I will never forget these great people and it almost feels like I have known them for a while.

TAKE OUT YOUR CAMERA

How do you like that idea? I will definitely try this next time I kick-off a project with different new faces. Remember: It doesn’t have to be fancy. Any camera or smartphone will do to record something decent. Show your new team mates your offices, tell them about your self. All this requires very little effort. Keep it short and sweet. Have fun with it! Get to know your team from a new and fresh angle. It’s these fun moments that can really help build teams. So, take out your camera now!